Have you heard of the one-punch-man workout? does the one punch man workout work?

The exercise takes its inspiration from the Japanese superhero series “One-Punch Man,” created by the pseudonymous manga artist known only as ONE. It has gained popularity among fans of the series, partly due to the efforts of internet influencers who have attempted to follow the regimen for a period of time ranging from 30 days to several years.

This article will drive you to the facts and relevant details of one punch man workout and how it will work. I have given a detailed explanation to learn about Saitama workout Routine and One punch man training.

How is the One Punch Man workout performed?

The One Punch Man exercise is based on the manga and later anime series of the same name. The story is centered on Saitama, a fictional superhero also known as the One-Punch Man. Saitama is a potent fighter that is capable of defeating any opponent with a single punch. Indeed, Saitama is crucial to the continuous battle between monsters and superheroes in the narrative.

Saitama’s workout routine claims to have gained strength via the One Punch Man exercise, which includes 100 situps, 100 push-ups, 100 squats, and a 6.2-mile (10-kilometre) run.

After three years of following the exercise, Saitama loses his hair but gains one-punch knockout power, enabling him to conquer the monsters. As a result, the One Punch Man exercise was created.

Is the One Punch Man Workout good?

Is the One Punch Man Workout safe?

Every bodybuilder has a different opinion when it comes to the One Punch Man Workout. Some would say that it’s a safe exercise as long as you’re doing it correctly, while others say that there are too many risks involved and it’s not worth the risk.

So how risky is this workout? Does it even matter for those wondering about their health? We’ve looked at what experts have to say about the One Punch Man Workout, so now you can make up your own mind if it’s worth trying or not!

Overview: The One Punch Man workout uses resistance training and high-intensity cardio exercises in a short period of time to get your muscles working fast and then resting them before they start burning out.

What does the One Punch Man training include?

The  One punch man training exercise includes the following:

Does the one-punch man workout work?

Does one punch man ever lose?

Saitama has never lost a 1v1 battle against a monster in the main tale in the main narrative line. Since his initial encounter with Crabnante, he has gone on a flawless winning run. Because King has incredible gaming abilities, such as a 5-minute endless combination, he has been beaten in every video game he has played.

Is one punch man good?

One-Punch Man is unquestionably one of the most incredible anime hero series of all time, thanks to its stunning animation, character-driven humor, and genuinely dramatic action scenes. When Dragon Ball Z was at its peak, it was easy to lose interest in anime. On the other hand, One-Punch Man is the ideal series to rekindle your interest in the shonen genre.

What is the One Punch Man workout app?

The One Punch Man workout app is:

How did Saitama get so strong?

Even though he claims he gained his remarkable strength via simple physical exercise, no one believes him. The Japanese martial artist Saitama contended that he had attained some superhuman strength after a year and a half of daily 100 push-ups, situps, and squats, as well as a daily 10 km run.

How did Saitama get his powers?

Saitama claims that he gained his remarkable strength via just physical training, but no one believes him at all, even himself. The Japanese martial artist Saitama contended that he had attained some superhuman strength after a year and a half of 100 daily push-ups, situps, and squats, as well as a daily 10 km run.

What are factors contribute to Saitama’s incredible strength?

In part, this is due to Saitama breaking through the physical barrier placed around his body. However, to overcome this restriction, Saitama was forced to exert considerable effort, which resulted in his becoming bald. He may have become mighty due to breaching his limitation, but he is not invulnerable.

How to do the One Punch Man training program?

As stated in the book, completing the One Punch Man exercise in its entirety is relatively simple, at least in principle. Every day, do 100 sit-ups, push-ups, and bodyweight squats, as well as a 6.2-mile (10-kilometre) run, and then look into the one-punch-man workout results.

Listed below is a breakdown of the technique for each of the bodyweight workout movements:

Also Read:  How much does a barbell weigh?

Now with the female, it can be done but in a tender way. As I previously said, this exercise was inspired by anime/manga. While it works for males, don’t forget that we ladies (girls, don’t dispute; we are, regrettably, physically and scientifically delicate). Don’t do everything all at once, and don’t forget to take pauses.

What do you need to do to get started with the one-punch man workout training program?

It is recommended that you begin with a portion of the whole exercise and gradually increase your time in the gym. Here are the steps:

How old is Saitama?

Saitama, with a bald head and 25 years on the clock, the main character, Saitama, is a 25-year-old man who has grown tired of fighting due to his uncanny ability to beat opponents with only one punch.

How fast is Saitama?

Saitama’s speed was 256266 kilometers per hour (kilometers per second) while traveling 384400 kilometers in 1.5 seconds. And that’s very, extremely quick. However, it is slower than the speed of light.

Does Saitama ever lose?

In the main storyline, Saitama has never lost a 1v1 battle against a monster. Since his initial encounter with Crabnante, he has amassed an unbroken winning run.

Is it possible to kill Saitama?

The benefits of 1000 push-ups a day will be not a matter of your body type; you will gain muscle mass. No matter how skinny you are, you will begin to notice the definition, and if you are on the heavier side, you will start to feel your body stiffen as the process continues. No, it is not the same as weightlifting, but it will nevertheless assist you in muscle growth.

Read Also:  How much do nba refs make?

Read Also:  How many pushups should I do a day?

What are the risks associated with the One Punch Man exercise?

Although the movements included in the One Punch Man workout program have been shown to have certain research-backed advantages, some dangers should be considered.

Even though the routine is physically demanding and involves training a range of muscles, it is not an ideal exercise program. It is not a complete program for long-term fitness improvement since the beginning volume is too high for most novices and the restricted motions and athletic components.

Aside from that, you will not noticeably improve your strength, which I hope Saitama before training didn’t have unless you get the specialized instruction in striking sports. But if you like the series or are just seeking a physical challenge, attempting to complete the whole one-punch man workout is a good aim. Just make sure to start gently and gradually increase your intensity as you go through the program.

Ultimately, any exercise program will need to be replaced by other programs over time if you want to build fitness that will last for the rest of your life. Lies about sugar: what science says 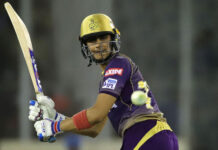