According to some statements, sugar has become the enemy of healthy eating. But, can we believe all the claims? Let’s find out what science says.

For some years now, we have been witnessing a real demonization of sugar. After the war on fats, sugar became a major player in the nutritional literature. Let’s uncover some of the most popular sugar lies that science has debunked.

In this way, you will know if sugar is an ingredient to be included in the diet or if, on the contrary, limit it. Don’t trust the supposed gurus, listen to the science. Here’s what it says.

Is sugar necessary for the body?

A claim often used in advertising is that sugar is a necessary substance to get the body moving. This slogan is especially present in the commercials of sugary products for breakfast.

For example, some say: “Sugar-rich foods are the fuel you need to start the day full of energy.” Are we really sure?

If we look at what the food and health authorities say, we can say that this statement is not entirely true. No recommended minimum amounts of sugar have ever been established, quite the contrary.

The World Health Organization (WHO), the European Food Safety Authority (EFSA), and the United States Department of Agriculture have set limits that should not be exceeded.

White sugar has no nutritional value and the less you consume, the better. In fact, what our cells need to function is glucose.

Read More: Asian wasp: what to do if it stings us?

This compound can be obtained from several substances. The most common are carbohydrates, therefore, not just sugar. According to the aforementioned organizations, the most suitable sources of carbohydrates would be: This claim is based on the belief that cane sugar, like other natural sweeteners, offers several nutrients, in addition to sweetening foods. Therefore, it may seem like a better choice when it comes to choosing a daily sweetener.

Quality cane sugar has undergone less processing than white sugar. As a result, it retains some of the molasses which gives it its characteristic brown hue.

Molasses has some nutrients such as some vitamins and minerals, albeit in small amounts from a nutritional standpoint. Hence, this does not make it a source of nutrients.

Conversely, we should also be cautious about using brown sugar to sweeten drinks, yogurts, sweets, etc. The reaction of the body is the same and, therefore, high consumption can lead to obesity and tooth decay.  So even though it is brown sugar it is presented to us as healthier.

The bad reputation of sugar and sugary products has led to an exponential growth in the range of “sugar-free” or “no added sugar” products. However, most of them are still overly sweet products and the list of sweeteners used is long.

Artificial sweeteners are often low in calories but still sweeten food products, making them more palatable and tasty. But in reality,  their negative effects have long been under scientific scrutiny. Indeed, the use of some of them is questioned, given their possible relationship with health problems. Some scientific studies link them with the presence of obesity, metabolic syndrome, and alterations of the intestinal microbiota. It is also not certain that they are an effective formula to help diabetics control their blood sugar levels.

Current scientific evidence suggests that the best option is to limit the intake of these chemicals. At a minimum, their consumption should be limited. The regular presence of these substances in the diet could be as harmful in the long term as the abuse of sugary products.

This is one of the sugar lies that has appeared in recent times. Social media is filled with stories of people sharing their experience of trying to give up sugar. In fact, there are several theories about sugar’s ability to be addictive.

However, in one of the latest scientific reviews on the subject, the authors concluded that ” there is no sufficiently convincing evidence on the addictive potential of sugar “. On the other hand, recent research published in the British Journal of Sports Medicine confirms that this addiction is real in animals.

Some nutrition experts shift the problem of possible sugar addiction to ultra-processed foods high in sugar, fat, and salt. These foods are formulated to be extremely palatable, meaning they are so tasty that it is extremely difficult to give them up.

Many parents limit their children’s sugar intake due to the exciting effects. For example, at children’s parties, it is common for little ones to have fun while eating, usually sweets, and playing with their friends.

Some think there is a cause-and-effect relationship between sugar and brisk behavior. But is it the sugar that has this stimulating effect? Could it not, however, affect the tiredness or the environment of play and fun?

So far, there is no scientific evidence that sugar causes hyperactivity in children. However, some authors suggest more research on chronically high consumption of added sugars.

However, there are many reasons to advise against and reduce sugar consumption in children. Unfortunately, it should be noted that many exceed the recommended maximum amounts. Remember that reducing sugars would counteract the onset of health problems such as tooth decay and obesity.

Now that we understand some of the sugar lies better, we have more good reasons to make correct food choices.

Remember that the best option is always to limit the consumption of this ingredient, as its excessive intake can lead to the development of complex diseases in the medium and long term. 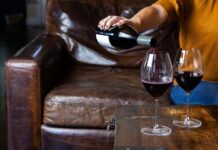 10 Amazing Benefits Of Red Wine You Didn’t Know About 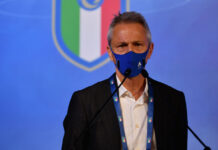