The controversies related to the Superleague continue undaunted, this time the discussion concerns exclusively our home teams: according to what reported by La Repubblica, in fact, 11 Serie A clubs would have strongly taken a position against Inter, Juventus and Milan , the three Italian clubs who were supposed to compete in the new international competition.

Eleven clubs write to the Lega president to punish Inter, Juventus and Milan

According to the aforementioned newspaper, in fact, a large group of companies would have signed an indictment against the three “swipes” asking for sanctions to teams and managers , all addressed to the president of Lega Paolo Dal Pino: it would be Rome, Turin , Bologna, Genoa, Sampdoria, Sassuolo, Spezia, Benevento, Crotone, Parma and Cagliari . An urgent assembly is requested to deal precisely with delicate issues regarding what has been specified, all the more so considering that, apart from notices in the media, there has been no official act for the teams involved to exit the Superleague.

Lega Serie A, non-compact front against Inter, Juventus and Milan

The eleven clubs would be those who would have supported the entry of investment funds into a media company for Serie A, and not the assignment of TV rights to DAZN. No stance, however, at least until the moment, for Naples, Lazio, Fiorentina, Atalanta and Verona. 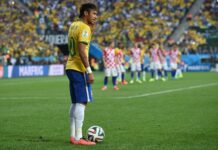 Free to Go All-In: Neymar and Barcelona Make Out of Court Deal

Women’s Serie A: it will be an unprecedented final of the Italian Cup between Rome and Milan